Climate change is affecting millions of small-scale farmers in Africa and Asia who have nothing to fall back on when yet another crop fails, through no fault of their own - and that's not even taking into account the impact of the coronavirus pandemic. Slowly but surely, affordable insurance policies based around satellite data are becoming available to them. These are profitable. Replacing damage experts by satellite imagery of the vegetation has resulted in affordable premiums.

The Dutch Geodata for Agriculture and Water (G4AW) programme, of the Ministry of Foreign Affairs is designed to improve food security in developing countries through the use of satellite data and mobile networks. Several of the twenty-five G4AW projects offer insurance services based around satellite data to farmers. The goal is to improve the income security of small-scale farmers in Africa and Asia. The projects in Uganda, Ethiopia and Indonesia were completed about a year ago. On the International Day for the Eradication of Poverty, we are taking stock of the situation.

After talking to the project consultants, it turns out that taking out the insurance policies took place at a slower rate, than expected at the start of each project. In addition to the lack of trust in financial service providers, the farmers barely have enough money to pay the premiums. Nevertheless, the projects - each with its own approach and as a result of their innovative strength - were able to realise continuity of service. By moving from local inspections to remote inspections using satellite imagery, insurance can be provided to a large group of small policy holders while keeping the premiums low. A growing number of the insured farmers now have a safety net in case their harvest fails. 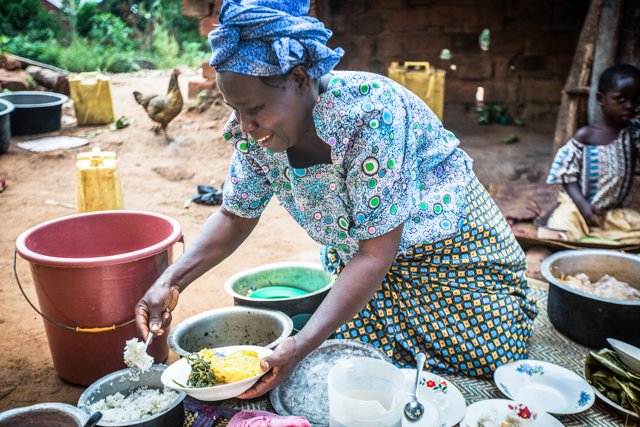 Through SUMAfrica, 80,000 Ugandan farmers are insured against drought @G4AW
UGANDA, TRUST FROM THE GOVERNMENT
The former G4AW project SUM-Africa in Uganda, has thus far resulted in insurance policies for 80,000 farmers. People take out insurance for a sum of money that is paid out after a drought with a predetermined value. The higher the statistical risk of drought, the higher the insurance premium. “We conduct the area-specific risk analyses and use satellite data to monitor the actual amount of precipitation or evaporation,” says Joost van der Woerd, project coordinator at the Dutch company Ears, which has joined forces with eLeaf, based in Wageningen. This company serves as “index insurance service provider” for Ugandan insurance companies. Financial service providers are not the only parties to offer insurance; seed merchants and agricultural cooperatives have also begun adding insurance to their range of services. The government embraces the initiative and subsidises 50% of the premium, on average. That, in turn, motivates more farmers to take out insurance.

ETHIOPIA, CROP INSURANCE WITH AGRICULTURAL ADVICE
In 2018, the University of Twente's G4AW project GIACIS (Geodata for Innovative Agricultural Credit Insurance Schemes) was completed. Together with JICA (Japan International Cooperation Agency), approximately 200,000 farmers are being reached. Those who take out an insurance also receive agricultural advice through workshops. GIACIS and JICA work closely together with many local cooperatives and farmers’ associations. In the short term, the project seeks to reach the milestone of one million participants. Kees de Bie, who serves as project leader of GIACIS and works at the University of Twente: “We use satellite imagery to determine where and to what extent a policy holder suffers damage to their crops due to drought. Although the premiums are the same for everyone, the threshold above which an insurance policy automatically pays out differs depending on a climate-based zoning system.” In 2021, De Bie will hand over development and maintenance activities for the index to an Ethiopian university. This transfer forms part of the European E-Shape project, which involves fifty-five partners and is centred around using satellite data for applications pertaining to e.g. agriculture and nature, in collaboration with end users. 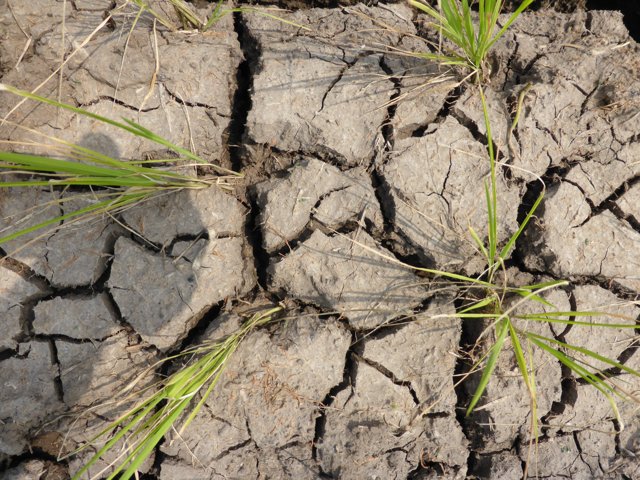 Not all rice paddies are irrigated in Indonesia @ TerraSphere

INDONESIA, 1 MILLION FARMERS INSURED
Indexed insurance is hardly used in Indonesia, says Eric van Valkengoed, director of TerraSphere in Amsterdam and spokesperson of the G4AW project G4INDO. The company uses Sentinel data (satellites of the European Copernicus programme) to assess individual insurance claims at the field level for the state-owned company JasIndo. Thus far, JasIndo is Indonesia's only major insurance provider for crop damage. Policy holders are entitled to a payment of €350 per hectare if more than 75% of a field was destroyed by drought, flooding or disease. The government currently subsidises 80% of the premium (around €10 per hectare per season). If the insurance scheme is to become self-sufficient, it will also have to adopt a system of differentiated premiums based on “risk zones,” Van Valkengoed expects.

At the moment, more than one million farmers have taken out insurance, while the government's target is four million. “Frequent failed harvests result in a vicious circle of poverty for many small-scale farmers. However, farmers with insurance are better able to overcome these setbacks and have money available to e.g. purchase better fertilisers and seeds in order to improve their yields and raise their standard of living.” To date, 240,000 farmers have submitted claims, which were verified with the help of the G4INDO platform.

This year, TerraSphere launched pilot programmes with private local financial service providers. Since there is no government subsidy involved, the premiums for farmers are higher, but so are the pay-outs. Furthermore, satellite imagery is used to map out the plots of land and there is a system of credit scoring (determining a person's credit worthiness) based on crop yields. Eric van Valkengoed is sure of it: “Without the EU's free Sentinel satellite imagery, it would be impossible to provide a commercial service like this on a large scale.”

The G4AW programme is led by the Netherlands Space Office (NSO), the Dutch government's space agency. The broad applicability of space technology and satellite data creates new opportunities and possibilities in the fight against poverty, hunger and the effects of climate change. The G4AW programme supports circa 130 private and public organisations in twenty-five partnerships in fifteen developing countries. Together, they provide innovative information and financial services for small-scale farmers and livestock owners, with which the latter can secure their own food production and income.