Rural youth, the future of agriculture

Africa has the youngest population in the world. According to the United Nations statistics, 226 million youth aged 15-24 lived in Africa in 2015, representing nearly 20% of Africa’s population. If we include all people below the age of 35, this number increases to three-quarters of Africa’s population. Africa’s youth population is forecasted to increase to 42% by 2030 and more than doubling from current levels by 2055. Every year, twelve million young people in Africa enter the workforce, while only three million formal jobs are created for them[1]. According to the World Bank, youth makes up 60% of all Africa’s unemployed. The importance of developing skilled youth is at the core of this year’s message for World Youth Skills Day.

Agriculture has the potential to serve as a source of livelihood opportunities for rural youth. Today almost 70% of Africa’s working force relies on the agricultural sector for their employment and income. But negative perceptions around farming due to low wages and insecure livelihoods are the main reasons why African young people migrate from rural areas in search of opportunities to bigger cities. Many young people aspire to jobs in the public sector, where security, status, and a good salary are expected[2]. Urban life is much cooler. But the demand for jobs is exceeding available positions.

Engaging youth in farming
According to the Food and Agricultural Organisation (FAO), agriculture will need to produce 50% more food than it did in 2012, if the world’s population would reach an estimated 9.7 billion people in 2050. On top of that food security is jeopardised by increasing climate volatility and pressure on natural resources. Most of the world’s food is produced by (ageing) smallholder farmers in developing countries[3]. But older farmers are less likely to adopt new technologies needed to increase agricultural productivity and ultimately feed the growing world population while protecting the environment at the same time[4]. This is why we need to engage youth in agriculture.

Farms, offices of the future
According to the former director of the Technical Centre for Agricultural and Rural Cooperation (CTA), Michael Hailu, Africa’s agriculture could be transformed into a powerhouse not only to feed a growing population but also create decent employment for millions of young people. Technological innovation and digitalisation could play a major role in the quest to meet the challenges of food insecurity, climate change and youth unemployment[5]. Hailu claims that the growing quantity and quality of agricultural data and digital agricultural solutions are transforming traditional business models, making agriculture more efficient and climate-smart, ultimately increasing the appeal of the sector. One of the headlines in the New York Times last year suggested that ‘Millennials make farming sexy in Africa’. The article mentioned an increasing number of college-educated agricultural entrepreneurs fighting the stigma of farming being a synonym for poverty. The young ‘agripreneurs’, are applying scientific approaches and data crunching apps, to increase yields and to show that agriculture can be profitable. As Mr. Michael Oluwagbemi of the Wennovation Hub in Nigeria puts it, ‘Farms could become the offices of the future’.

Space for food security
The Dutch Geodata for Agriculture and Water Facility (G4AW) aims at increasing food security by providing smallholder farmers with satellite-based information services. Satellite and mobile data, can be converted to relevant information on climate, weather, hazards and even timely agricultural advice which they receive through their mobile phones. Also, micro-insurances and/or microloans combined with information services can help guarantee the continuity of food production and improve self-reliance. By using modern technology and increasing yields and income of food producers, the G4AW programme helps to make the agricultural sector become a viable option for youth employment in rural areas. In many G4AW projects, youth plays an instrumental role in their communities when it comes to adopting digital advisory services to traditional farming practices. The programme thus lies a special focus on involving youth in the development and implementation of services. 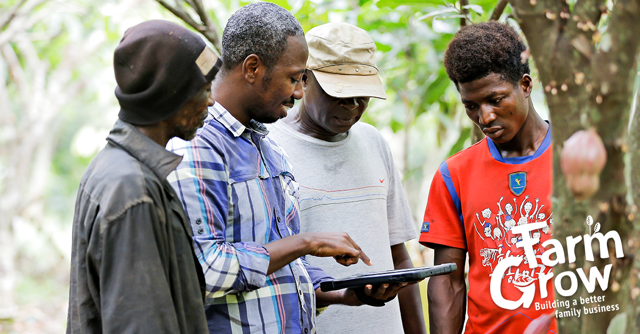 The G4AW facility is carried out by the Netherlands Space Office (NSO), and commissioned by the Dutch Ministry of Foreign Affairs. The Netherlands is increasingly putting youth at the heart of its development policies, because the world is not on track to meet the agreements set out in the UN Sustainable Development Goals for education and youth employment. There are still many challenges to overcome if we want to address the untapped potential of Africa’s youth. A few African countries have already made agricultural transformation a key pillar of their national strategies and growth plans serving as a strong inspiration for other governments, investors and entrepreneurs. On August 12, International Youth Day, we will demonstrate how the G4AW programme is encouraging youth participation, as we believe rural youth is the future of food security.

[2] Youth at Heart, Young people at the heart of Dutch Development Cooperation, 2020