Drought Driver of Change for Angola

The United Nations reminds us of two major effects of climate change every year: desertification and drought. Especially in Africa, where it means food insecurity for at least 45 million people (source UN). In Angola, a consortium of Dutch organisations is working with the Government to introduce climate-smart technologies and practices to farmers. Through the Mavo Diami project, they aim to build resilience to climate change and boost productivity over the next three years using state-of-the-art techniques that benefit from satellite data.

"Drought doesn't hit Angola equally in every part of the country. The worst droughts occur in the south, the center of the country is less vulnerable. Therefore, the consortium that implements Mavo Diami ('My Land' in the local Kimbundo language) is developing information services that help farmers in several Angolan regions in a differentiated manner. Over the next three years, they will advise around 100,000 farmers - for a large part through their mobile phones - on what to plant, when to sow, fertilize, irrigate and harvest. Meteo and remote sensing data are transformed into voice messages, SMS alerts and advise via call centers and agents", summarises Willianne van Slooten, Dutch project leader at World Vision. 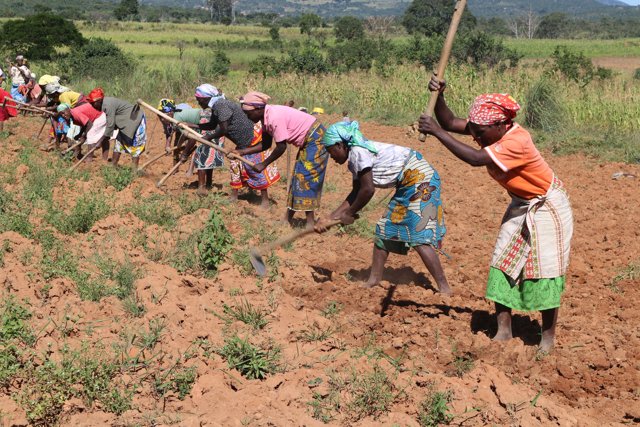 Mavo Diami started in September 2019 and expects to roll out their services this autumn after a delay due to local Corona measures. A consortium of seven Dutch and Angolan public and private organizations (see below) are translating the farming procedures for six crops into actionable models. They take local soil and climate specifics into account in their advice to farmers. "We will also look at how much water is necessary for each crop", describes Hans van Leeuwen, who works at GaiaVision and has the role within the consortium of fine tuning the services for Angolan needs. "For example, maize is traditionally a preferred crop for Angolan farmers, but in area X that will take hundreds of liters per kg maize more than in area Y. In the center of Angola, we are now concentrating on potatoes as a new kind of crop that fits well with the local soil and climate. We help farmers to be more resilient, while the land itself does not degrade and ecosystems and biodiversity are not damaged."

Monitoring crop water consumption
The crop is monitored while it grows. Joost van der Woerd, remote sensing specialist at consortium partner eLEAF, explains the concept: "With the use of satellite data, we are able to monitor crop performance like growth and water consumption. For this, we also look at the Water Productivity Database (WaPOR) from the UN Food and Agriculture Organization (FAO)." WaPOR is an open-source and near real-time data portal. It uses satellite data to monitor agricultural land and water productivity. WaPOR is subsidised by the Dutch Ministry of Foreign Affairs.

eLEAF identifies performance variations within a large field or farm, or between farms within the same region. "Even when you don't see it yet on the ground, with satellite data, we can see arising problems up to two weeks in advance by monitoring the water consumption of the crop. The farmer receives a timely identification of potential problem areas enabling quick mitigation measures, minimising damage to the crop. Hired help can be planned more effectively, and the use of irrigation, pesticides or fertilizers will be reduced as application timing and requirements are optimised."

'Did you plant last week?'
From this autumn onwards, the meteo forecasting in Mavo Diami will be possible on a spatially more detailed scale (9 km2). That also goes for the analysis of crops (per 250 m2) and water availability. More detailed information services will be offered on a subscription basis to the 50-100 commercial farmers. Smallholder farmers can start using free or cheap channels and get more generic information, but Mavo Diami aims to prove the value of tailormade advice to also improve the service to smallholders. To build up their profile, every time a registered farmer phones the call center, following an SMS-alert that a message is waiting for him, we ask them some simple questions, such as: 'Did you plant last week?'. In this way, the smallholder farmers can be profiled better and therefore be advised more effectively. Mavo Diami partners are also developing methods that support basic phones (contrary to 'smart phones') and phones without internet connection in the field. A positive development for the farmers is that Angolan mobile network operators are interested in extending their communication services with this advice. By offering it as a bonus on their platforms, the price can be kept low. 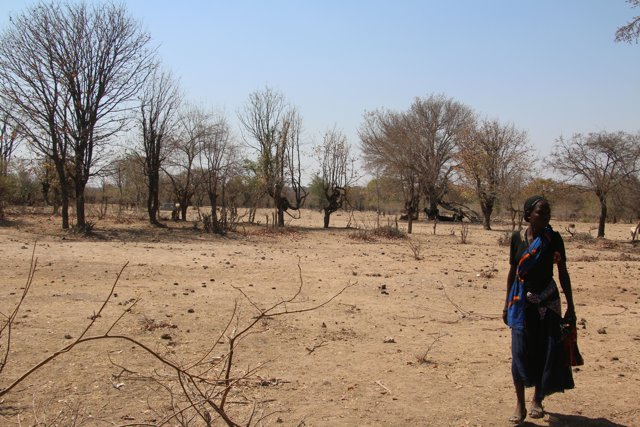 Drought in the south of Angola

Reducing water spillage
This year, the UN World Day to Combat Desertification and Drought focuses on reducing water spillage - besides drought also an issue in Angolan agriculture. Commercial farming is a young profession in Angola. Up until some ten years ago, the country made its money from oil while most foods for people who did not live off their land were imported. With the oil industry collapse and the semi-permanent wars over, farming became more interesting for the entrepreneurial Angolans because the central part of the country is quite fertile. For the economy and food security, these are welcome initiatives. However, these new commercial farmers tend to pump up groundwater in massive volumes for irrigation. Both Van Leeuwen and Van der Woerd are convinced Mavo Diami will decrease the water spillage. "We can show them that optimization of their water use is not only good for the region but also increases their profits because they can substantially save on fuel for their water pumps."

Partners in Mavo Diami
Through the grant programme, Geodata for Agriculture and Water (G4AW), the Dutch Ministry of Foreign Affairs supports multiple smart agriculture projects in Africa and Asia that can help smallholders build resilience to climate change by using satellite data. The Dutch partners in Mavo Diami are World Vision, Aquaetor Groen en Ruimte, eLEAF, FutureWater and Weather Impact. The Angolan partners are the Ministry of Agriculture and NovaAgrolider, which will be the primary business owner of the Mavo Diami enterprise to be established under this project. The G4AW programme is executed by the Netherlands Space Office (NSO).