The MUIIS project is one of the larger projects within the Geodata for Agriculture and Water Programme managed by NSO, where satellite data are used to contribute to food security. Around 250,000 small Ugandan farmers have registered for eligibility for a combination of agricultural advice information and financial services. After three years of a project status that included financial support by the Netherlands, the service will now continue under its own steam.

MUIIS (Mobile User-owned ICT4 Ag-enabled Information Services) is a bundled service provision for small scale Ugandan farmers. They receive location-specific weather information and agricultural advice on their mobile phone as well as market information and drought insurance. In return, the farmers pay 20,000 Ugandan shillings (nearly 5 Euros) per growing season and they are included in a digital database with data about the farmer, the family, their possessions and production results. This information is important for financial service providers to improve their ability to estimate risk. This means the ‘profiled’ farmers can get a loan more easily, indirectly guaranteed by the Netherlands Rabobank Foundation. 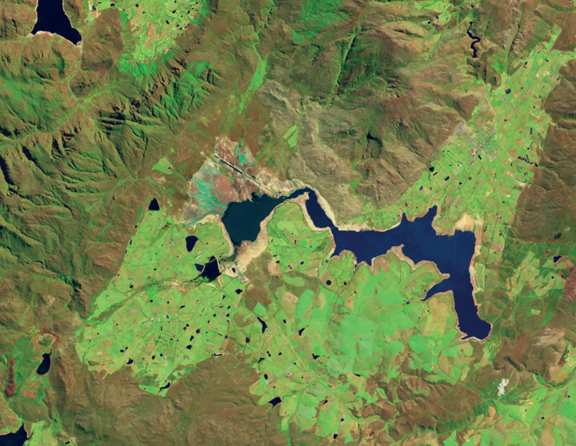 The subsidy provided by the Dutch Ministry of Foreign Affairs is coordinated by the Netherlands Space Office within the context of their projects within Geodata for Agriculture and Water. The Technical Centre for Agriculture and Rural Cooperation (CTA), an international organisation based in Wageningen, the Netherlands, is responsible for the project content. The Dutch firms of EARS and eLEAF are partners, as are American and African organisations.

European geostationary meteorological satellites, the rain radar and daily MODIS data (Moderate Resolution Imaging Spectroradiometer) by NASA are used to collect the satellite data. The data are converted into messages like: ‘Apply fertiliser between 5 and 7 pm today’. Farmers say that they wish to respect the working practices of their grandfathers, but climate change forces adaptation. As farmer Mbidde Eria said: ‘MUIIS is as much one of my tools now as my rake.’

And it shows: maize farmers who use the advice can harvest up to 67% more than farmers who do not take part. This could mean a rise in income of 70%. ‘At a meeting a few weeks ago, soy and other bean and sesame seed growers also reported significantly improved yields’, Benjamin Kwasi Addom, CTA project leader, announced. These kinds of results should persuade farmers to agree to commercial use of the service. Up to now, just 3,200 farming families have actually subscribed. Kwasi Addom explains: ‘There is enough to worry about just looking a single day ahead. An insurance or a loan to finance an investment is a very abstract concept. But these proven results will make a difference here.’ 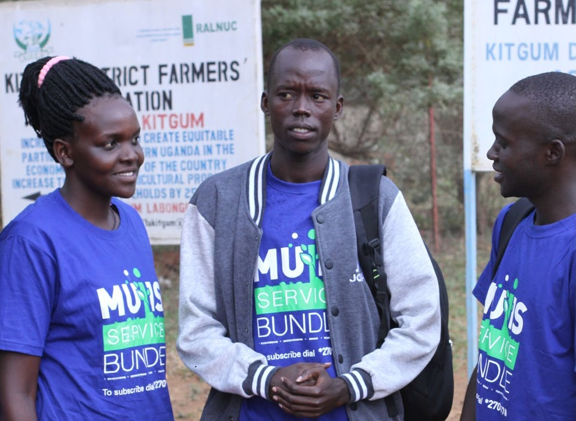 From February 2019, the service cluster has been converted into an independent business. The most important short-term decision relates to who will be allowed to market the product. Kwasi Addom uses the financial service providers as an example. ‘1,900 farmers took out a loan. 30% of the participants benefited from the drought insurance: when the satellite images show that a particular percentage of the land has been affected by drought, the insurance pays out automatically.’ The offering could be reformulated: ‘We are offering you a drought insurance for 20,000 shillings per growing season and you will also receive free growing advice.’

The Ugandan government strongly approves of MUIIS and financed half of the insurance premium. About 70% of the 40 million plus inhabitants of the country work in farming. The sector represents at least a quarter of GDP and is responsible for the majority of Ugandan exports. Economic growth in Uganda will therefore benefit enormously if farmers’ incomes are increased by modernisation. Finally, the use of geo-IT in farming offers new employment opportunities for younger people and contributes to the rejuvenation of the farming sector. 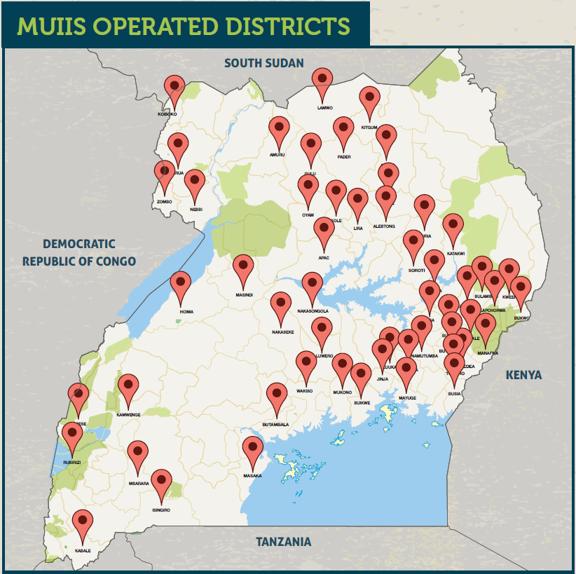