How closing the gender gap can fight hunger and control emissions

There is a gender gap in agriculture in low-income countries. A gap between the resources and the rights available to men who work the land and those available to women who do the same while studies conducted for project Drawdown have demonstrated that countries with higher levels of gender equality have higher average yields and put less pressure on the environment.

According to the Food and Agriculture Organization of the United Nations (FAO), if all women smallholders receive equal access to productive resources, their farm yields will rise by 20 to 30 percent, total agricultural output in low-income countries will increase by 2.5 to 4% and the number of undernourished people in the world will drop by 12 to 17%. That means about 100 to 150 million people will no longer be hungry. 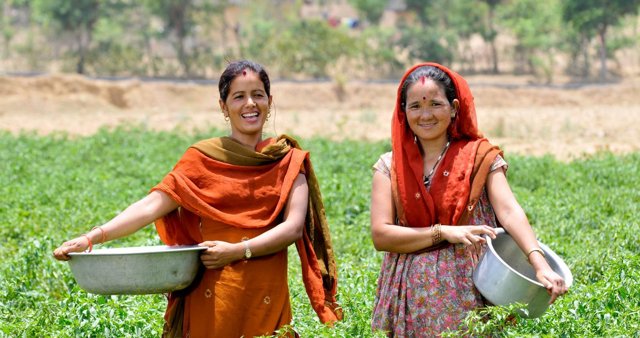 The Drawdown research demonstrated that if women have access to the same resources as men their outputs exceed men’s by 7-23%. And when agricultural plots produce well there is less pressure to deforest for additional ground. And where regenerative practices replace chemical-intensive ones, the soil becomes a carbon storehouse. An effective weapon to fight climate change. And last but not least the same research shows us that if women smallholders get equal rights to land and resources, they will grow more food, feed their families better throughout the year and gain more household income. When women earn more, they reinvest 90% of the money they make into education, health and nutrition for their families and communities, compared to 30 to 40% for men. A stronger business case for gender equality is nearly impossible. 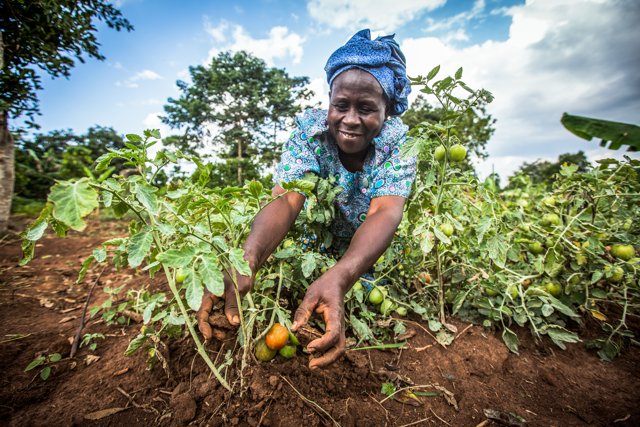 G4AW for gender equality
The 2016-2030 Sustainable Development Goals, have gender equality and women’s empowerment at their core (SDG 5), stating that it is not only a fundamental human right but also a foundation for a peaceful, prosperous and sustainable world. The UN has defined 9 targets and 14 indicators for SDG 5 including female land rights and ownership, one of the biggest challenges facing women in agriculture today. In order to ensure women are equally included in their projects the G4AW Programme issued a publication in 2017: ‘Including women smallholder farmers: a business case for success’. The report includes best practices and an approach to include men and woman on an equal footing in G4AW projects. Several G4AW projects have indicated that they see opportunities to include more women in the coming years and some of them have included women right from the start. Like the MUIIS project in Uganda, where 75% of the women and 62% of the men are active in the agricultural sector.

These opportunities need to be supported by a gender analysis that helps to unravel how G4AW services, products and outreach could be developed in a way that addresses the needs of both women and men. With the global population growing to reach an expected 9.7 billion by 2050 and climate change negatively affecting crop production we will need to not only eradicate gender inequality in order to fight hunger but also look at innovate ways to implement agricultural practices in a sustainable way. For those interested to include women smallholder farmers in G4AW countries there is a list of organizations on our website, that have experience on including gender in projects in their countries and are helping the next generation of women rise up to their potential. Over the next few months we will be publishing updates on how we support gender equality across our projects and share best practices.